What is the Foundation? 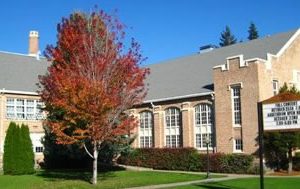 In 1991, a small group of community members began noticing that too many of our graduating seniors needed help paying for college.  The group wanted to help.  They began asking several local businesses to establish scholarships; they secured five.  With that, the Hood River County Education Foundation was born.

Today, the Foundation is an independent 501(c)3 organization that supports students and teachers through two primary programs: scholarships for students and grants for teachers.  Through its 34 scholarship funds, the Education Foundation has awarded more than $740,000 in scholarships to over 650 students.  The Foundation has also raised and distributed more than $193,000 through the Innovative Educator Grant Program.  All of this work, and all of this funding, has come from local supporters who believe in the organization and its mission.  Thus, for over 25 years, the Education Foundation has been quietly supporting education in Hood River without much change or fanfare.

However, in 2010-11, the Education Foundation took on a new role and served as fiscal agent for Save Our Schools, a grassroots group that wanted to raise funds for Hood River schools at a time when the District was facing major cuts.  They raised $100,000 which not only provided some much-needed funds to the schools, but which also significantly raised the profile of the Foundation.

The Foundation Board capitalized on this success by hiring a part-time Executive Director, adding new Board members, and increasing the number of scholarships and Teaching Grants each year.

In 2015, Superintendent Dan Goldman asked if HRCEF could assist the many middle school students who were unable to pay the fees to play sports, up to $185 for football. Budget cuts required the district to ask families to “Pay to Play.”  HRCEF created the Opportunity Campaign, and pledged $50,000 per year for three years to assure that every student in Hood River County has the opportunity to participate in middle school sports and activities.

At a time when so many education programs are being cut – both in the schools and in the community – the Hood River County Education Foundation can help.